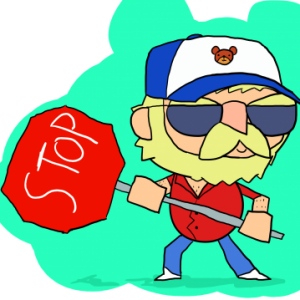 This guide will help you to choose the character that you will use the most or become your main for example I picked Bodvar for my main cause the heavies suit me and i like the mix of heavy and fast (if you don’t know its sword and hammer). I picked this kind of guide cause i can see a lot of people struggling with their character, missing a lot of opportunity which can lead you guys to rage and being salty which can be prevented if you read this guide.

If you are new to the game you will only have the free to play characters which will change weekly but you can check the locked ones in training mode.I would like you to try each weapon if your really that in to it or if you just don’t have the time pick the most cool looking character for you. As a lot of you would say the fastest character is the best and i would not agree since they are all equal no characters are better than each other they are all the same just different ways to use them(A lot of people are also saying that thatch is the worst character out there but they are wrong thatch is a speedy character with good damage input and signatures that you can work with). Now the characters that you have played with you can tell by how good you are with them by making a combo with them or just completely destroying your enemy but if you haven’t here’s some more overview for the weapons.

First off there are 10 weapons now since the new update (Scythe) those weapons are hammer, rocket lance, sword, katars, bows, blasters, axe, spears, and gauntlets.

Hammers are one of the heavy weapons but can deal a good amount of damage and knockback. the legends that has hammers are Bodvar, Cassidy, Scarlet, Teros, Gnash, Sentinel, Yumiko and Kor. Even though all of those characters have the hammer not all of them are slow it also depends on their stats and their second weapon like gnash and Bodvar. Hammers are really useful for edge guarding as well and have some of their own combos as well. Remember this guide is only for helping you pick your main i wont show any combos as those are already made in some other guides.

Rocket lances are also kind of a heavy weapon they can be fast if you use them right, you can confuse your enemy as they wouldn’t know what to do. Rocket lances are for combos you can spam if you want if your that type of guy but i would recommend staying with combos as you would have better chance of winning and less raging players. The legends with rocket lance are Scarlet, Sir Roland, Lord Vraxx, Orion, and Ulgrim.

Blasters are just like rocket lance they’re better with combo’s or strings.One of the most used blaster character is Ada the reason is her Heavies are really good against a lot of characters you can put them off guard with blasters. Blasters can be both slow and fast but still good either way.you can do a lot of punishing with this weapon as it can react fast.The legends with this weapons are Cassidy, Lord Vraxx, Thatch, Ada, Lucien, Barraza, Nix, and Diana.

Sword is the one of the most used weapons since it can catch people off guard, quick and agile, and you can punish easily with it. It can be defeated with any other weapons but people really like swords as you can do easy combos and strings with it i recommend it for beginners and you can use it till whenever. I wont say its the strongest weapon cause it isn’t there is no best weapon as they are all even i can only say more about this cause i’ve seen a lot of people using this and i use it myself. The legends that uses this weapons are Bodvar, Sir Roland, Thatch, Hattori, Asuri, Koji, Val, and Jhala.

Katars are really scary when you fight someone with it as if they started the string on you its hard to get out. Katars are also hard to be punished on cause on how fast they are except when people just spam their heavy which is really not recommended. Katars are a very fast weapon that is hard to keep up with but heavies can still defeat them no doubt. Katars can be weak against long ranged weapon like bows and blasters. The legends that use katars are Sentinel, Asuri, Lucien, Queen Nai, and Ember.

Spear is also a popular weapon as it can be a good ranged weapon and has high damaging combos . A fast weapon that can screw people up catch them off guard it can also be a heavy weapon if you prefer heavy. Not only it can do true combos it can do strings as well it is also one of the most used weapons well pretty much same with others.Legends that uses spears are Queen Nai, Gnash, Orion, Hattori, Ada, Mirage, Wu Shang, and Brynn.

The Axe is kind of slow/ heavy weapon but it is mostly used for punishing or catch people off guard. It can knock you back very easily as its swings can be quick also a high priority weapon so it can be very good weapon.It can be fast if you want it too but a bit difficult to pull off.The thing that gets people the most with the axe is the down light air which can continue to screw up the opponent and you can continue with some combos. The legends that uses axe are Teros, Ulgrim, Jhala, Barraza, Brynn, and Azoth.

Bow is also good with strings and edge guarding and a very fast weapon as well if you wanted it to be. The bow can punish easily too on how fast it can attack and a ranged weapon (Thanks captain obvious). It is not that hard but not that easy to find people using bows but if you find one you know you have to be in your best shape. The legends that use bow are Ember, Koji, Diana, Yumiko, and Azoth.

Gauntlets can be devastating if you get stuck in its strings. A really fast weapon but with two true combo which is the down light then side light although its a small combo you can continue with strings which can do more damage than you think (Thank you for telling me this Portaling Bird). Or when the enemy is at white health you can do neutral light down light then side light. Currently very popular as it can be really good and can punish with strings but can be punished if someone avoided your strings. The legends that use Gauntlets are Kor, Val, Wu Shang, and Mordex.

Scythe is string heavy weapon with a new mechanic called active input. Active input allows you to throw the opponent in a different direction if you wish. For example, if you hold the backwards direction, it will throw him behind you. The scythe has many options available so it is a devastating weapon to play against in the hands of a pro. The legends that use scythe are Mirage, Nix, and Mordex.

Keep it with me if you made it this far now just for the signature of the characters and stats I am not gonna do it 1 by 1 as it will take a long time and I think it would be easier for you guys if I just do a overview of it. Lets start with the signatures, signatures are heavy attacks that each character have three off the neutral sig, side sig and down sig. Some signatures can be fast like with Ada and Hattori or can be a decent amount of time but does more knock back or damage. That also depends on the legend’s stats for example Queen Nai has 8 defense which can be really hard to knock off but she is slow which makes up for the defense same with Teros 8 attack but also slow. Hattori 8 speed but doesn’t do much damage. That is another reason why the legends are even.If you cant choose what stat you want the most you would like to pick the even stats like Bodvar or even Orion.

Thats it for my guide thank you for reading it and if you guys have anymore question please ask on the comment section.