Home
›
Guides
›
What to know if you want to main DIana 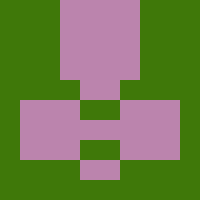 What to know if you want to main DIana

Before you want to main Diana there are a few things that you must acknowledge to play Diana efficiently and smoke your enemy with pure skills and not sig spamming. Thus, you will be briefed with the advantages and disadvantages of playing her. As for Diana as a whole, She is a legend that is hard to play but have high potential (high skill ceiling). If playing intensely is not your type and you love to spam signatures, then Diana is not for you.
Notes: follow up means to use something after a certain move

firstly with disadvantages,
-Diana is hard to play
Diana is difficult to play because of her weapons and signatures. For starters, all of her sigs are easily punishable and are not meant to be spammed with, Combined with blasters, it is not a legend to be taken lightly for the player. She takes incredible spacing and immense practice to perform well with her.

-High potential
She has an incredible potential to be harnessed by players if used correctly. Diana is a legend used by high level players in high diamond and even tournaments. Diana can carry players to diamond if used correctly.
-Untouchable
When used correctly Diana blasters can out-space enemies and create a field where they cant hit you, but you can hit them. This must be accompanied by incredibly spacing and technically will make you literally untouchable. Mistakes and being baited is the most common reason players lose and get punished. Thus, more practices will help.

Advantages:
-High damage and a great punish sig.
-High force and can be followed up from a slight to easily secure an early kill.
-High active frames allows it to catch multiple dodges.
-People always underestimate the second part of the signature which cost them their stock.
Disadvantages:
-High start-up frames which is very reactable
-High recovery frames makes it a killing option only for a hard read and not a safe option.
-High active frames means the animation is lengthy enough to be easily punished by enemies.

Advantages:
-Super lethal is used near the edge
-Have little to no start-up frames. Thus it is unreactable.
-Used as a surprise signature
-Able to change the tide of the stock.
Disadvantages:
-Have quite some recovery frames that it is punishable if not positioned well.
-Have literally quite the smallest hitbox in the game. Thus it is not used as a kill option and cannot be spammed.
-Not much damage to be used as a punish tool, but used as a killing tool if enemies are near the edge.
-Takes immense skill and familiarity to be used with confidence and be able to catch enemy off guard consistently.
-Good spacing needed to be used effectively.

Advantages:
-Can be used to efficiently catch and read jump dodges, especially effective against players that jump a lot.
-The jump can be used as a mobility signature to sometimes even save you from gimps
-Can be used to surprise enemies at the edge while recovering or while edge guarding.
-Super lethal if used correctly and does not bounce to the floor but straight through the bottom of the stage.
-Can be followed up with a dair to secure early kills.
-Great follow up for dlight to secure kills if the enemy doesn’t dodge.

Disadvantages:
-Not high starting frames but it is used commonly that everyone anticipates this signature. Thus it is reactable.
-Does not have high priority. Thus, Do not use this as a punish for a signature that is still active and is rather vulnerable while using this signature.

Advantages:
-Element of surprise, short start up frames can shock your enemies with a quick blast.
-Long range, which is super effective as a follow up from sair and your enemies can never be truly safe from your blasters.
-Be creative with how you use this to surprise your enemy. This includes slide charging as a edge guard.

Disadvantages:
-Long recovery times, which means that it is super punishable and should not be used for a safe kill option.
-Very thin hitboxes which requires familiarity with the signature to be able to consistently surprise your enemy
-The ssig may seem that it hits enemy while jumping but it actually cant hit enemy at a full jump.

Advantages:
-Second shot. People always under estimates the second shot and ended up losing an early stock because of it.
-Very deadly if used near the edge.
-After used can be followed up with a blaster edge guard, which is what blasters excels at.
-A cool animation with a whip.
-Able to turn the tide of the stock

Disadvantages :
-Super punishable. Thus not used for spamming.
-Long start up frames. Thus it is NOT used for killing but for utility purposes.

Advantages:
-Covers a blind spot in blasters, which is a 45 degree angle.
-Can be used from nlight and dlight chase dodge, although not true combos, can be used to catch spot dodges due to the insane active frames from the sig.
-Can be used as a follow up for dlight recovery if it didn’t kill. If the enemy is almost dead from a recovery, you can jump up and do a GC NSIG to have a chance to secure the kill. It can also delete a stock from your opponent if it is near the ceiling.

Disadvantages:
-Very punishably due to the recovery frames
-Precise timing needed
-long start up frames, which means it is not used as a kill option ( go for dlight recovery) or a punish tool. Only to be used for hard reads or zoning.

In conclusion, Diana is hard to play and as you can see from each descriptions, She doesn’t really have any signatures that is a safe kill option. It is all utility signatures which is great for a player who have mastered the light attack. Since she already has safe kill options from her light attack, she doesn’t need any wasted signature to do the same thing. This makes her very unique in my opinion.
I hope this guide can teach you all that you need to know to master this beast!
As a side note, Diana is a legend with a high reputation of being skilled players in high level plays (noobs dont use diana). Thus, by even looking at an experienced Diana on the loading screen can already strike fear in most of your opponents which wins you the psychological part of the game.
All the best, and dont sig spam.

Guides on Bow or Blasters