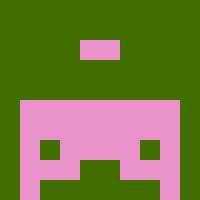 This is a guide that shows players that are new to sword the basic combos that are commonly used by anyone at any level with a simple step by step process and more in depth notes. The guide will indicate the damage ranges, the timings and the buttons needed for down light->side sair (dlight->sair), dlight->down air (dair), dlight recovery(rec), and dlight Ground Poung(GP).

This combo is very reliable and can be used pretty much at any damage range and distance. Good for a decent amount of damage and able to knock out the enemy to the side of the map at red damage.

*This combo allows you to have some room to jump but you have to use light attack right after you press jump, almost at the same time but jump first, if you are unable to do this at earlier damage ranges then you will hit the sair above your enemy and completely miss . The easiest way to do this is if you had both buttons near each other on the same hand so you can coordinate it easier.

This move is quite reliable at 0-150 damage range and any distance, right after that it is prone to missing so I recommend doing this combo only at white to orange damage and not going for it at red. Good for the gauranteed damage and possible follow ups after dair.

This combo works very similarly to dlight sair, I remember this combo by simply thinking that the execution is the same as dlight sair but you hold the directional down key on top of everything else.

*This combo is different in that you have less time to jump but you can still jump at the same time if you do it on the earlier portion(0.45-0.62 as opposed to 0.62-0.68) and if you are able to jump really early then you can delay dair a little bit to hit the enemy closer to you which is often used for follow ups.

Dlight into recovery works reliably from 0-180 damage range and any distance but gets harder as the damage gets higher so I recommend not to use this combo beyond orange damage. Does a good amount of damage over the first two combos.

*This combo requires good timing because if you press heavy too soon then you could use recovery too far from the enemy and it will miss completely. The farther you are and the higher the health of the enemy, the longer you wait, not too long though or it might not be true or miss. The closer you are then the quicker you can do it, for example if you hit dlight stacked(your hurtboxes are touching) then you can usually do it around 0.5 seconds but if you hit dlight not stacked or farther away then you wait at least 0.5 seconds.

**hurtboxes = the area around character models that can be damaged by an attack.

This combo works reliably only at 0-50 damage range and any distance, beyond that damage range it can still be used up close or stacked you have to use it relatively close depending on the damage.

*This combo is pretty rare because of its difficulty and low reward. Dlight->rec does more damage, dlight->dair has much better follow up potential. I personally don’t bother using this move ever and it is my opinion is that learning this combo does not help anyone significantly enough to even bother learning so learn it or not, it won’t affect your performance much if any at all.
**hurtbox = the area around the character model that can be damaged by an attack.

Learning the basic combos can help you a lot and they are not that hard to learn. All the basic sword combos start with the same move and two of the combos can share the same jump timing if it is early which there is no reason not to do it early if you can. Dlight->rec needs a bit of variable timing but other than that it is very simple. Dlight->GP is basically unneccessary and no one will notice if you don’t know this combo.