Created by WondrousMoose on June 8, 2017 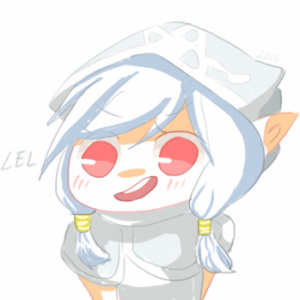 Howdy, everyone! I’m going to cover Sentinel’s signatures as well as how he can use light and aerial attacks in his game. I’d like to write a full Sentinel guide after talking to and playing with other players, but until then, I’m just doing his attacks. If you’re confused by any terms I use, check here.

This is generally my favorite of his weapons, since the disjointed hitboxes complement his defensive stats. It’s slower than katars but generally hits harder.

Sentinel kicks twice, and if an attack connects, he hits downward with his hammer. It’s his quickest attack, but it doesn’t have much range. I use it to punish a poor punish after my signature or in any other scenario where I just need something out quick. It also combos out of Dlight at white damage, but it’s not the best option there. Use it when you need something quickly and range doesn’t matter.

Sentinel swings his hammer in front of. Simple, really. This is a standard ground attack that does some pretty good damage, but because of the lag, you should be careful about overusing it. There’s a small hitbox at the very tip that does 15 damage and has less knockback, so you’ll want to avoid spacing it completely. Be careful, though, because there’s almost no hitbox on the handle.

Sentinel stomps the ground. The classic hammer combo starter, use this into Nsig, Dair, or a couple other options you can find elsewhere. The hitbox makes it a high-risk/high-reward attack, so get used to its range and timing. I suggest practicing this attack more than any other so that you can be certain to capitalize on any hits you get with it. Always watch your opponent closely because the hitstun isn’t very long.

Sentinel swipes his hammer up in front of and above himself. This is your anti-air signature, though I don’t use it all that often. The hitbox doesn’t extend out very far, and it has a lot of cooldown. It is, however, fantastic out of a Dlight and has solid KO potential, so use it if you feel comfortable with it.

Sentinel jumps forward in the air and swings his hammer ahead of him. The hitbox starts pretty far in front of him, so be sure to space it well; flying over someone’s head is free damage on you. This attack has the highest variable knockback of his hammer attacks, so it can land you some solid KOs at higher damage. A lot of newer Sentinels throw it out too often, though, and that’s a really easy way to die.

Sentinel jumps back and then strikes forward with his hammer. There is a small hitbox very close to him at the beginning of the attack that does 2 damage, so hitting a stacked enemy does a little bit more damage. If someone likes to dodge around you a lot or just spaces poorly, this is the move for you. It has solid knockback, so it’s a great way to kill them with their own poor play.

Sentinel swings upward with his hammer. Nair is fantastic; it’s the quickest of his hammer aerials and has high knockback. If someone’s hopping over you mindlessly, it only takes one hit to show them how bad of an idea that is. Feel free to shark them from under platforms because if spaced well, this attack is very difficult to punish.

Sentinel swings his hammer straight in front of him. You can zone your opponent with this attack, but I don’t recommend depending on it because of his low dexterity. When you can land it, though, it offers fantastic horizontal knockback. The early hitbox is little stronger, so work on your timing and spacing.

Sentinel swings his hammer downward, and if it connects, he flings the opponent over his head. This is useful out of a Dlight or in any other situation where you’d like your opponent above you. If you find your opponent beneath you, I suggest this over ground pound in most situations because it comes out so much quicker.

Sentinel swings his hammer upward; if it connects, he throws his opponent downward, launching himself even higher. I don’t use this very often above the stage, since Nair comes out a little quicker and hits harder, though off-stage, it’s a great way to screw up your opponent’s recovery.

Sentinel falls straight down with his hammer out ahead of him. It’s slow, and its hitbox is pretty narrow, but it hits really hard. As with any ground pound, you shouldn’t throw it out wildly, but it can land a quick KO off stage.

Sentinel’s low dexterity hurts his ability to make tight katar strings, so you’ll probably only get in one to three hits at a time. That being said, you can still position your opponent very effectively, and his signatures have some pretty nice utility that cover a variety of situations.

Sentinel swipes his katars up, down, and up again. There isn’t much knockback, so it’s a good way to start strings. I like to follow up with a Nair or dlight, depending on just where it hits them. You can go for a recovery, but that’s an easy string to escape.

Sentinel rolls forward, damaging those in his path. This is another common way to start strings, and I recommend following up with Nlight almost every time.

Sentinel jumps diagonally forward with one katar head of him. This one pops your opponent into the air, allowing for followups with Nair, Recovery, and others. I like to use it because people tend to expect one of your other attacks instead, and it sets up for strong aerial followups.

Sentinel hits forward and then into the air. This attack has incredible fixed knockback, meaning that it hits far from even yellow damage. You have enough time to fit in an aerial attack before landing, so a quick Nair can keep your opponent off you if he goes for a sloppy punish. The lasthitbox is surprisingly high, so you can catch some opponents off guard. It’s not very good to gravity cancel; while it does have farther knockback than the recovery attack, it doesn’t do as much damage and takes twice as long to come out. Its longer startup time, though, can make for a mixup to punish a dodge.

Sentinel strikes forward with his katars, launching the opponent horizontally. This attack is tied as his slowest – it’s by far his slowest katar sig – but it also gives the most knockback, so if you make a good read or otherwise find a good situation to use it in, it’ll be worth the risk.

Sentinel hits downward, sending a shock wave on either side of him. The hitbox on the front is a little bit bigger than the back but not by much. Its speed and wide hitbox make it ideal for punishing bad dodges and generally poor spacing. It can also be used above an opponent to stop their recovery, such as standing at the ledge or gravity canceling. Be careful, though, especially if they can easily hit you from off-stage.

Sentinel swings his katars around himself in a circle. This is my favorite katar aerial and one of my favorite moves in the game; it comes out pretty quickly and effectively turns his body into a wide hitbox. Use it out of light attacks, to stuff recoveries, or just to mess up your opponent’s movement. Watch out for attacks with solid range, though, since they’ll just hit you out of it. Still, you should probably be using this more than your other aerials.

Sentinel swipes downward in front of him, moving a little bit forward. Spacing this attack can be a little bit tough at first, but it’s fantastically satisfying once you get it down. This sassy slap has variable knockback that makes it a fantastic edgeguarding or KO tool.

Sentinel dives diagonally downward with his katars in front of him. It can be used to extend strings or to push people further offstage, and like hammer’s dlight, you should practice with it a lot. The hitboxes are narrow, and it can leave you a bit vulnerable, but there is pretty solid payoff.

Sentinel hits diagonally up and forward with his katars in front of him. The attack has three hitboxes at 8, 9, and 4 damage, respectively, so hitting earlier does more damage. It works well as a string finisher or just as a KO move.

Sentinel falls straight down head first. I don’t use this much because it leaves you so vulnerable for so long, but like any ground pound, it can score you a nice off-stage KO.

Did you like this, or did I miss anything or say something wrong? Let me know your thoughts in the comments.

Guides on Hammer or Katars