Home
›
Guides
›
A Guide on Movement 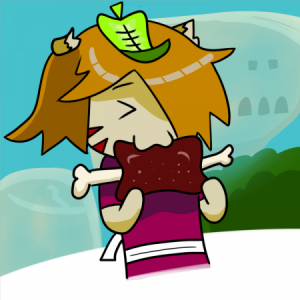 A Guide on Movement

I believe everyone knows how to move. From the moment you’re born, you probably moved around quite a lot in your life. Moving in Brawlhalla isn’t much harder than that either. It’s really easy to grasp and gives you the freedom to go to places you feel like going. Although it’s easy enough to just go left, right, up and down, there are ways to make your movements more fluid and effective. Diamond players generally have a better grasp on how to move more efficiently than gold players do.

I believe that this is among the most overlooked aspects of Brawlhalla that I don’t feel gets explained properly. Having proper movement can give you a massive edge over your opponent, so I’ll use this topic to cover all of the movement options that you can use in this game. This topic covers quite a lot, so this post will naturally be longer than usual, but bear with me. Practicing these as early as possible will help you a lot in the future as a new player.

Let’s start with the very basics of movement. You can move left and right with your directional buttons and you can jump up in the air. When jumping, it’s good to know that you can jump once from the ground, twice in the air and also use one recovery in one go. When you run out of jumps, your legend also becomes a little bit darker. If you get hit while having no jumps left, you will get one jump back, so you can get an infinite amount of jumps if your opponent isn’t careful when attacking you.

If you attempt to use recovery multiple times in one go, your recoveries after the first will be diminished, losing travel distance during the process. Touching the ground or the wall will reset your recoveries to normal. You also have to be careful when using recovery when having no jumps left, because if you get hit in the middle of your recovery animation, you will not get a jump back.

Last thing movement-wise is something less obvious, which is a tech called fast falling. Fast falling allows you to fall faster than normal in the air, making it easier to get to your desired position and give you a positional advantage. It can also be used as a way to disorient your opponent. In order to fast fall, you have to be at the peak of your jump before you press the down key so that it’ll look something like this (see Figure 1).

Moving over to dodge. Dodge is your primary defensive option in the game, leaving you completely invulnerable for the duration of the dodge. You can dodge in 8 different directions and also on the spot if you want to. A good thing to know about dodge is that it has a 1,33 second cooldown on the ground (Figure 2), while having a 3 second cooldown in the air (Figure 3).

If you touch the ground after performing an aerial dodge, it will reset to the ground dodge cooldown (Figure 4).

Note that the same thing does not happen when touching a wall (Figure 5).

Also, if you perform a gravity cancel, your dodge cooldown will be locked at 3 seconds (Figure 6), even after touching the ground, so make sure you are careful when gravity canceling.

Aside from the normal dodge, you can also perform speed dodges, dodges which you can cancel into an attack or even a taunt if you want to do that. They have different animations from normal dodges, so it’s easier to identify which one is which. In order to perform a speed dodge, you have to either reach maximum traveling speed before using the dodge or hit an attack before that. Once you’ve met either of the conditions, you can dodge in the direction you were facing. This gives you an easier time to chase your opponent down when they’re too far away for you to normally hit them. Another good trick to know about with this is that you can jump right before you perform a speed dodge if you want to perform an aerial attack close to the ground. All of this is shown below (Figure 7).

If you start speed dodging from the ground, you can also perform a chain dodge, which allows you to use an additional dodge in one succession, while being invulnerable for the whole duration. Note that using the second dodge backwards, the dodge will instead turn into a normal uncancellable dodge. All of this is shown below (Figure 8).

In order to move effectively to get a positional advantage, you have to make use of the mentioned movement options. To summarize, what you need use are the following:

Once you have mastered these, all that’s left for you is to improve on the other areas such as knowing when and where to move, to act decisively and your general attack pattern just to name a few.

If you want an example on how it should look like to set yourself a goal, here’s a random gameplay (Figure 9) from a custom game between a diamond player (the blue Diana) against a gold player (the red Diana). Do note that this is an old video and some things might’ve been changed or might change in the future. Regardless, I will update this guide in case any changes might come up in the future.

That concludes the movement guide. If you have any questions regarding this topic, please let me know below.

2 thoughts on “A Guide on Movement”